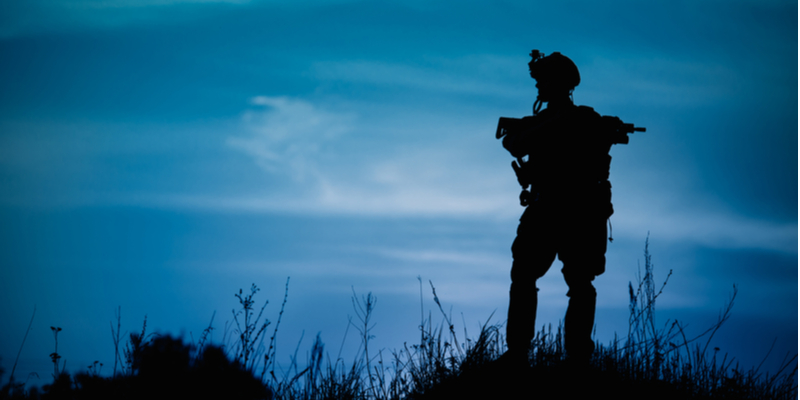 These seemingly diverse African nations are all dealing with Salafi-jihadi insurgencies, a new wrinkle in the ongoing Global War on Terror.

Recent unrest in Mali has focused attention on the nation’s capital. Islamic militants, who now work in the shadows, often face little opposition. Some observers fear that these groups could expand into other parts of west Africa. If that happens, the region could mirror the ongoing political instability and violence in the Horn of Africa.

In Libya, an August 2020 ceasefire put the brakes on a conflict which threatened to expand into a regional war. Turkey, Egypt, Russia, and the Gulf Coast states all have substantial interests in Libya. The Islamic State in Libya, which was virtually destroyed in 2016, is taking advantage of the lull to re-establish itself in Libya and nearby countries.

In recent months, the Salafi-jihadi movement in Mozambique has catapulted from almost nothing to one of the strongest ones in Africa. The military is in the midst of a large-scale campaign to retake a northern port city, a campaign which will probably accentuate grievances that locals have with the government and push them further toward jihad.

Salafis are among the most conservative Muslims. They advocate a return to the beliefs and practices of early Islam, around the time of the Prophet Muhammed. Salafis also advocate complete separation from the West, as well as separation from Sunni and Shiite Muslims.

This former French colony in West Africa is almost twice the size of Texas yet has substantially fewer people than the Lone Star State. Additionally, roughly two-thirds of Malians are under 25. The combination of a youthful population and large swaths of uninhabited areas makes Mali an ideal place for Islamic insurgencies to take root.

For hundreds of years, the Mali Empire flourished in this area under several different names. The Empire declined in the 1700s, partially due to a foreign invasion and partially because of a severe drought. The Empire was still trying to pull itself together in the 1850s, when the French arrived.

In 2012, a sepratist movement began in the sparsely-populated north and spread to other parts of Mali. Tensions reached a boiling point in August 2020, when a military junta deposed President Ibrahim Boubacar Keïta. Several international organizations have condemned the coup and called for Keïta’s reinstatement. But he officially resigned, saying he wanted to avoid bloodshed. Furthermore, according to some sources, Keïta is now in poor health.

The military contractors in Mali have a simple mission. They must deter violence until an effective, democratically-elected government can take power. Private military contractors are adept at deterrence. Many of these individuals are former law enforcement officers. They know how to project authority simply by standing in the right place at the right time.

Protecting American interests from sporadic violence in Mali is important. Such protection is even more important in places like Libya, where there is ongoing civil war. Currently, two governments, one in Tripoli and one in Tobruk, claim sovereignty over the entire nation. Meanwhile, various Salafi-jihadi insurgents are active as well.

Most of Libya’s six million-plus people live near the Mediterranean coast. As a result, there are a number of large and mid-sized cities in this area. Almost all of them has at least one State Department office. And, since the American government does not want to commit regular servicemembers, private military contractors handle most of the related security duties.

Despite what TV and movies might imply, guard duty is relatively uneventful. But contractors understand their roles so they are more than willing to take on this responsibility. Contractors in Libya undertake some other rather mundane duties as well, such as training security fighters in counterinsurgency techniques.

This nation is practically on the other side of the continent. Mozambique, which is along the Indian Ocean coast, basically straddles the line between the mostly Muslim north of Africa and the mostly Christian south. That unstable background, along with its proximity to Indian Ocean shipping routes, makes it a prime location for Salafi-jihadi insurgencies.

For the most part, these militant groups have not been very active in Mozambique. Most of them are affiliated with ISIS, which only has a strong presence in north and east Africa. But violence has surged upward in recent months.

Furthermore, the United States is not the only country with critical interests in Mozambique. Russian mercenaries are also active in Mozambique. Generally, these mercenaries promise protection in exchange for favorable commercial development rights. Mozambique, like many other central African countries, has abundant natural resources.

For the most part, Mozambique’s government is stable and pro-Western. The contractors in Mozambique work to keep things that way. They protect government civilian and military installations. Contractors also help distribute aid. The country is still reeling from the effects of a 2019 cyclone which killed 1,300 people and caused over two billion dollars’ worth of damage.

Contractors in all three of these nations, and most other contractors worldwide, are eligible for injury compensation under the Defense Base Act.

DBA eligibility is rather straightforward. The injured victim must have served as a contractor in a war zone. The applicable law broadly defines a war zone as any foreign country which has at least one U.S. military installation. That installation could be a large military base, a single military advisor, or anything in between.

Additionally, there must be a nexus between the deployment and the injury. A nexus is different from a direct connection. So, even if the victim was not “on the clock,” DBA provisions apply. The DBA also applies to mixed injuries, such as an IED explosion in a marketplace while the victim was shopping.

The compensation usually includes wage replacement and medical bill payment. Most victims receive two-thirds of their Average Weekly Wage for the duration of their temporary disabilities. The AWW is not always easy to calculate. The DBA medical payment benefit usually applies to all reasonably necessary medical expenses. That category includes not only hospitalization but also physical therapy, transportation costs, and any related expenses.

What do Mali, Libya, and Mozambique Have in Common? - Barnett, Lerner, Karsen, Frankel & Castro