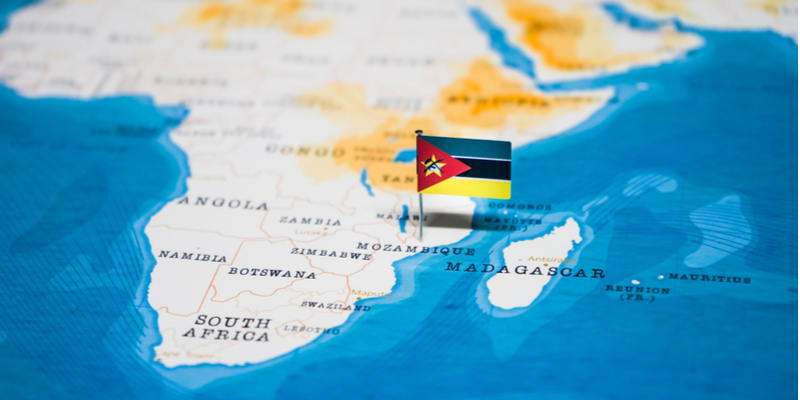 A revolving door of contractors and mercenaries from around the world have tried to quell an Islamist insurgency in this East African nation, but so far, the only result has been more brutality.

A contractor’s gunship helicopter went down in April 2020. According to Dyck Advisory Group, the chopper developed mechanical problems and made an emergency landing. When contractors returned with a mechanic, the helicopter was ablaze and surrounded by a ring of onlookers. Other reports, however, indicate the helicopter took small arms fire, probaly from Islamist militants. After a crash landing, the crew scuttled the aircraft.

Mozambique’s government has relied on several groups in recent years. After a brief partnership with an American contractor did not bear fruit, the government allowed Russian Wagner Group mercenaries into the country. After militant ambushes killed about a dozen Wagner Group fighters, the mercenaries withdrew.

Joseph Hanlon, a Senior Fellow at the London School of Economics, said the militants have recently become more active as they try to capitalize on popular discontent with the central government. Recently, FRELIMO has forcibly relocated many civilians as it tried to develop the country’s natural resources.

Since gaining independence in 1975, Mozambique’s economic growth rate has consistently been among the highest rates in the world. But the country is still one of the poorest ones in the world, mostly because Mozambique has almost continually lurched from one war to another.

From the early 1960s until 1974, Mozambique, which was then a Portugese colony, was a front in the wider Portugese Colonial War. This on-again, off-again conflict affected Mozambique as well as nearby Angola and what was then called Portugese Guinea (now Guinea-Bissau). As is the story in many insurgencies, the Portugese controlled urban areas while rebel groups, like FRELIMO (Front for the Liberation of Mozambique) developed a following in the countryside.

In the early 1970s, a FRELIMO buildup coincided with the demise of longtime Portugese strongman Estado Novo. Mozambique became independent in 1975.

A new dictatorship replaced the old one. With support from the Soviet Union and Cuba, fromer FRELIMO fighter Samora Machel set up a brutal Marxist state. His crackdowns forced many Portugese natives to leave the country. As a result, the country’s economic and political infrastructure largely collapsed.

By 1977, various anticommunist RENAMO (Mozambican National Resistance) militias were active in the country. The conflict was savage. RENAMO launched indiscriminate terrorist attacks against civilian targets, and the government sent thousands of political prisoners to internment camps.

In 1986, Machel’s plane went down in the mountains under rather suspicious circumstances. The crash, which was officially ruled an accident, killed Machel and 33 other people.

During the late 1990s, the country seemed on its way to peace, prosperity, and stability. Then, a devastating cyclone hit the country in 2001. The flood severely damaged the country’s delicate infrastructure. Moreover, the RENAMO opposition accused the FRELIMO government of diverting international aid and hoarding supplies.

In response, RENAMO once again took to the hills in 2013. A fragile peace collapsed after the disputed 2014 presidential election. RENAMO, which lost the election, claimed the results were fraudulent and demanded control over six northern provinces.

Around 2015, these unstable provinces were the breeding ground for a new Islamist insurgency. Ahlu Sunnah wa Jamaa (ASWJ) is related to a radical Kenyan cleric who was murdered in 2012. ASWJ has been linked to a number of attacks, including a 2018 incident in which ten people were beheaded. ASWJ has also disrupted government efforts to develop offshore natural gas fields.

Observers believe ASWJ supports itself by selling rubies and timber. Mozambique, like many other African nations, is rich in natural resources. That is one reason so many contractors are in and out of the country. Many nations, such as Russia, see it as quite a prize.

In general, contractors perform three types of services. All these services are necessary in Mozambique.

Militarily, contractors have access to cutting-edge weapons, like drones. These individuals also have substantial combat experience, something which many government troops lack. Specifically, private military contractors are often former police officers. So, these individuals know how to collect intelligence, provide a deterrent, and fight when necessary. That’s a nearly unbeatable combination in Mozambique.

Behind the front lines, private military contractors provide important support roles. Modern weapons require a great deal of technical expertise, and contractors have it. Moreover, contractors often train new recruits. These individuals usually overcome the language barrier as well as the cultural barrier. So, their services are highly prized.

Finally, contractors in Mozambique work on construction projects. Mozambique is still recovering from the cyclone. It is important to not only rebuild the country’s infrastructure, but also ensure that it can survive the next natural or man-made disaster. Refugees, many of whom live in neighboring Malawi, will not return until roads, bridges, hospitals, schools, and other infrastructure components are operational and robust.

These different roles mean that contractors are susceptible to a wide range of trauma injuries and occupational diseases. For the most part, the Defense Base Act compensates all these victims. Part of this compensation includes money for reasonably necessary medical bills, such as:

Physical therapy might be the most critical portion of medical care. Without effective physical therapy, the surgeon’s efforts might be for naught. If the victim seemingly plateaus, many insurance companies try to cut off funding. So, an attorney must step in and make sure the money keeps flowing. Otherwise, complete recovery might be impossible.