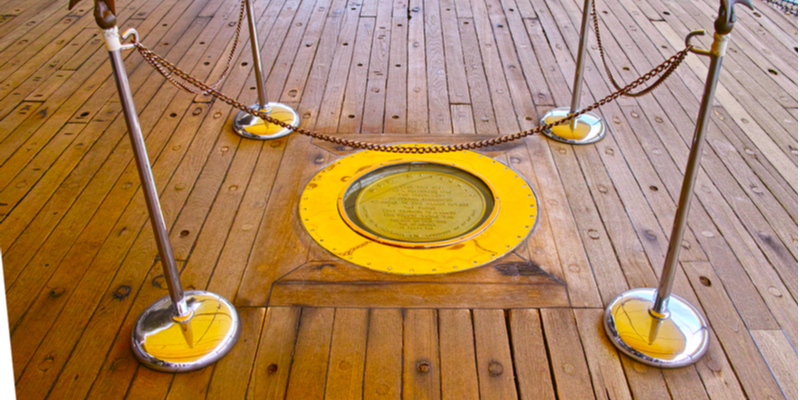 On September 2, 1945, representatives of the Empire of Japan and ten Allied nations assembled on board the USS Missouri. During the ceremony, part of the U.S. First Cavalry Division was preparing to enter Tokyo. Roughly 1.5 million American soldiers followed them in the coming months. Speaking from Washington, U.S. President Harry Truman thanked the roughly twelve million Americans who served in uniform during World War II. “The United Nations are determined that never again shall either of those countries [Germany or Japan] be able to attack its peaceful neighbors,” he pledged. “I speak on behalf of all my countrymen when I pledge that we shall do everything in our power to make these wishes come true,” he added.

Most Japanese fighters immediately surrendered. But Hiroo Onoda, an intelligence officer in the Philippines, did not give himself up until 1974.

War in the Pacific

All these years later, historians are still sorting through the events of the Pacific War. Some do not agree that the war against Japan was part of the war against Germany and Italy, even though Japan was allied with Germany and Italy. Furthermore, some historians argue that the Pacific War really began not in 1941 with the bombing of Pearl Harbor but in 1931 with the Japanese invasion of Manchuria.

What is certain is that the Pacific campaign turned on some seemingly inconsequential events. For example, prior to the aforementioned Pearl Harbor bombing, Japanese Admiral Chūichi Nagumo and War Minister Hideki Tojo were not on the same page. Nagumo thought the attack was to be a tactical strike. Tojo thought the bombing was a strategic strike which would force the Americans to abandon the central Pacific.

A few months later, prior to and during the Battle of Midway, some extremely fortunate events allowed the Americans to cripple the Japanese war machine.

Apropos of nothing, when American film director John Ford volunteered for military service, his superiors sent him to Midway Island, thinking that would be a nice, quiet place to film background material. When he arrived, he learned that a Japanese invasion fleet was en route. During the battle, a bomb went off near Ford’s camera position and nearly killed him.

At the time, an obscure provision of the United States Code, known as the Anti-Pinkerton Act of 1893, was still in full force and effect. In the 1880s and early 1890s, labor unrest at the start of the Industrial Revolution, especially the notorious Haymarket Affair in 1896, prompted many factory owners and other employers to hire “strike busters” from the Pinkerton Detective Agency and other paramilitary groups.

At Chicago’s Haymarket Square in May 1886, workers gathered for a peaceful demonstration in support of an eight-hour workday. When police and Pinkertons tried to disperse the crowd, a riot broke out and more than a dozen people were killed.

In response, President Benjamin Harrison signed the Anti-Pinkerton Act, which stated that “no employee of the Pinkerton Detective Agency, or similar agency, shall be employed in any Government service or by any officer of the District of Columbia.”

Less than ten years later, following the Spanish-American War, the United States became a colonial power with overseas possessions in the Caribbean and Pacific. American judges and bureaucrats interpreted the Anti-Pinkerton Act as a ban on all private military contractors, whether or not they were “mercenaries.”

As a result, until after the Vietnam era, American contractors served exclusively in support roles. They were cooks, mechanics, and other workers who were not allowed to participate in any armed operations.

The law changed in the early 1980s. In an obscure footnote to an equally-obscure decision, the U.S. Court of Appeals for the Fifth Circuit questioned the continued applicability of the Anti-Pinkerton Act. The General Accounting Office pounced on this footnote and declared that this law would no longer apply to overseas contractors.

As a result, today’s contractors are able to carry guns. However, unlike mercenaries, private military contractors can only engage in defensive and support operations. That’s what they do in Japan.

Contractors in Japan still serve mostly in support roles. However, they also perform some armed duties, such as verifying identifications at checkpoints. That’s a necessary task, because American troops are understandably not a very welcome sight in Japan.

If contractors are injured overseas, the Defense Base Act compensates these victims for lost wages and also pays their medical bills.

DBA procedure begins with filing a written report of the injury. In trauma injury claims, this requirement is rather straightforward. But in occupational disease claims, such as hearing loss, the reporting requirement could be an issue. Most contractors do not go to the doctor as soon as they must turn up the TV volume. As a result, by the time they report their hearing loss, the claims deadline has passed.

A variation of the delayed discovery rule usually protected victims in these situations. So, even if the claims deadline has passed, it’s still worthwhile to contact an attorney.

Next, a mediator, who has reviewed the medical records, usually presides over a settlement conference. The insurance company agrees to resolve some cases at this point, but they typically proceed to the next level.

That next level is a trial-like hearing before an Administrative Law Judge. At this hearing, attorneys can make legal arguments, introduce evidence, and challenge evidence. As a result, victims have a much better chance of obtaining the compensation they deserve.